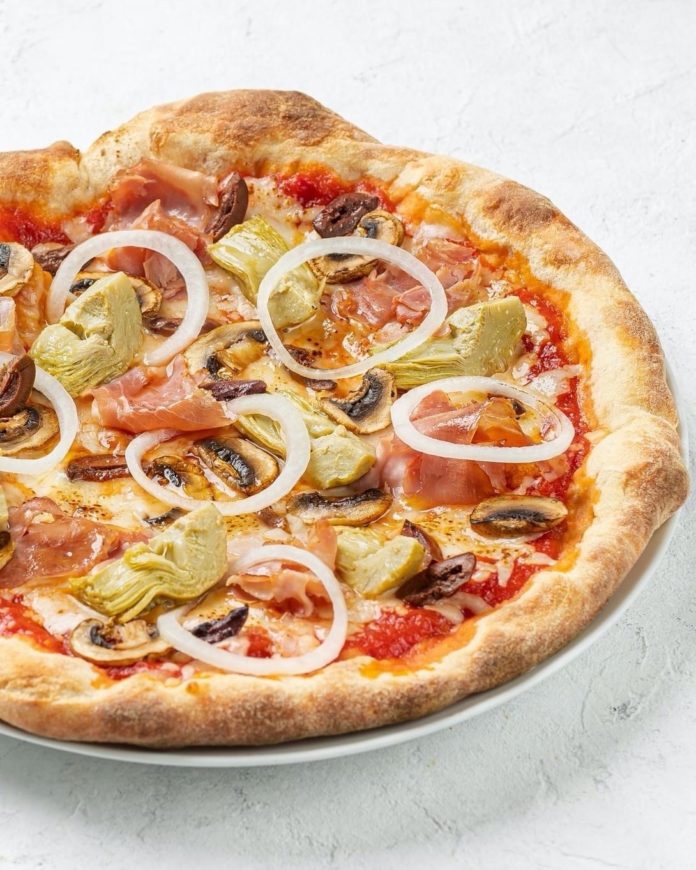 Rossi Pizza, one of the new attractions at City of Dreams Manila’s restaurant row at The Shops at the Boulevard retail strip, brings to Manila the Roman-style pizza that has been drawing pizza enthusiasts at its namesake predecessor in Studio City Macau,

Rossi Pizza is a spin-off from Rossi Trattoria, known for its rustic menu rooted in the Italian tradition of cooking, with an expanded pizza selection boasting the expertise of Italian pizza masters.

Developed by Italian chef Rodolfo Serritelli who helms and opened the Macau outlet, the Rossi Pizza selection in City of Dreams Manila mirrors the Rossi Pizza menu at Studio City. The three different types of flours used by Rossi Pizza consist of the traditional 00 flour; malt wheat flour; and Urbano flour, which is made from the best white Italian wheats that trace their roots from an old grain breed to create a flavor profile that is the same as it tasted in 1900s.

Roman pizza undergoes 48-hour fermentation and proofing, blind baking it for two and a half minutes before baking it for the final two minutes with all the sumptuous toppings. Unlike Neapolitan pizza, olive oil is added in the dough, resulting in scrocchiarella (light, crispy crust).  Chef Rodolfo’s pizza creations are the result of an intensive study of pizza in Italy and his family heritage with roots in Rome, where he showed an early passion for baking. To achieve the signature scrocchiarella dough, a Moretti Forni Series Evolution Modeli oven was specifically acquired for Rossi Pizza. It is an electric oven with a complete control over three heating zones (top, middle, and bottom) that can meet the required setting to guarantee the high standard of quality, consistency, and authenticity of the special, Roman-style dough

Among the other chef’s recommendations are the classic Margherita and Quattro Formaggi (with parmesan, gorgonzola and taleggio cheeses). Vegetarians will delight in the Funghi (creamed mushrooms, roasted mushrooms, vegan TVP and arugula); and Vegana (eggplant, zucchini, mushrooms, and onion). The 12-inch pizzas feature vegetarian and imported protein toppings.

Rossi Pizza, an open casual dining place with the vibe of an Italian café, is adjacent to Jing Ting and Hidemasa at the Upper Ground level and seats up to 72 guests. It is open daily from 11 a.m. to 9 p.m.

In the mood for NOVO-LOVE