This November, The Peninsula Manila and its sister hotels will present Chicago-themed cuisines, jazz and blues and inspirational photography to honour the stylish renovations at The Peninsula Chicago 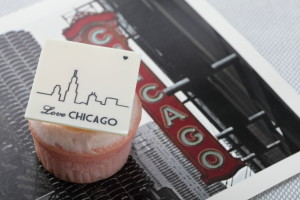 The Peninsula Manila and its sister hotels worldwide celebrate the spirit of Chicago, a thrilling city that has played a central role in the United States’ economic, cultural and political history. Located on the shores of Lake Michigan, one of North America’s five ‘Great Lakes’, Chicago is famous for its impressive culinary, artistic and architectural diversity. The ‘Windy City’, whose exquisitely restyled guestrooms and suites are now available for bookings.

Chicago is acknowledged as a centre of pioneering architecture, and inspires photographers from around the world. The Peninsula Hotels has commissioned Hong Kong-based urban photography artist William Furniss to depict Chicago’s iconic skyline in an elegant, inventive way. Each hotel will exhibit a collection of Furniss’s bold, abstract images of Chicago landmarks, including The Wrigley Building and Skywalk, Bridge House on the DuSable Bridge and the 50-feet-high Picasso sculpture. 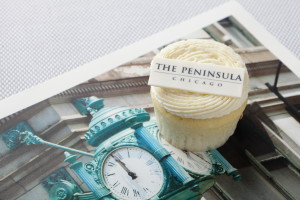 The Celebrate Chicago season runs from Monday, November 2 until Wednesday, November 25. This exciting showcase in Manila and at each Peninsula hotel will present guests with carefully curated family experiences from a city whose history and culture are shaped by its mid-point location between the US’ east and west coasts. Guests will enjoy decorations inspired by Chicago’s photogenic landscape, menus created by The Peninsula’s expert chefs featuring favourite Chicagoan dishes and desserts, plus Prohibition-era cocktails and local candies.

From the iconic buildings of Frank Lloyd Wright and Anish Kapoor’s Cloud Gate sculpture to renowned theatres and museums, jazz and blues clubs whose stages have hosted Buddy Guy and Eddy Clearwater to fine cuisines, Chicago is truly a city to celebrate. A thrilling destination for business and leisure travellers, the first skyscraper in the US opened here in 1931, and Chicago was the birthplace of the car radio and the TV remote control. In 1974, the Sears Tower opened as the tallest building in North America, while Grant Park marks the start of the historic Route 66 highway connecting Chicago with Santa Monica, California. 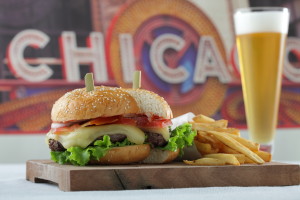 With a long and distinguished history of culinary invention, Chicago is also famous for food – not only as an epicentre of gourmet dining, but as the home of local specialities that have become international favourites, including the hot dog, deep-dish pizza, the brownie and more.

Highlights of the “Celebrate Chicago” season at The Peninsula Hotels include: 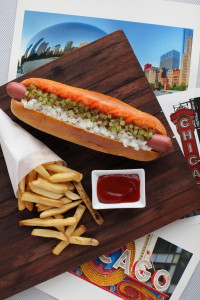 Prohibition-era Cocktails. In the 1920s, Chicago was home to infamous gangster and prohibition-dodger Al Capone. Themed cocktails served in Salon de Ning and The Bar reference the Prohibition-era ‘speakeasy’ culture.

‘Flavours of Canada’ marks 73 years of diplomatic relations with the...