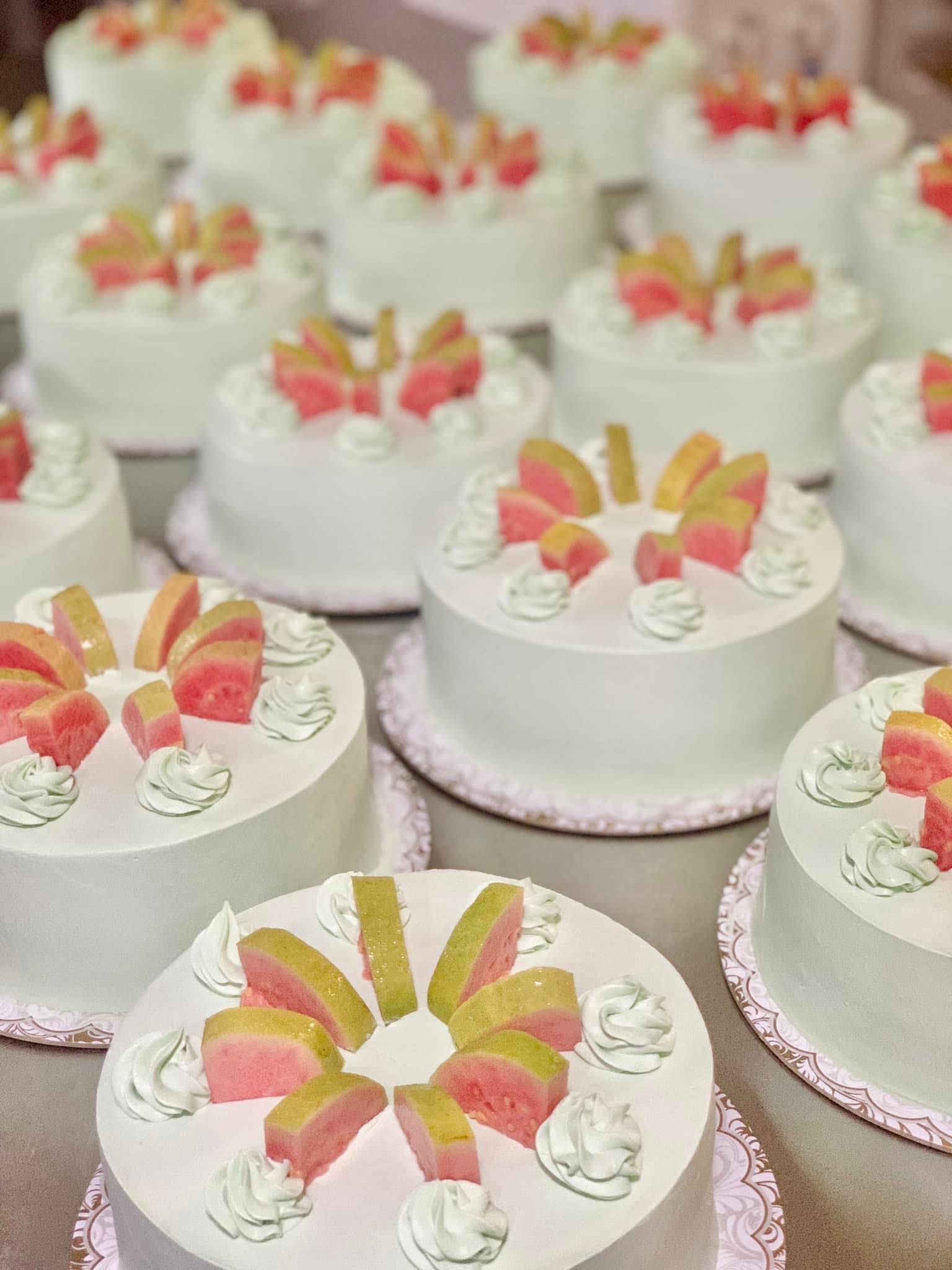 The humble Guava evolves into one of Manila’s Bestselling Cakes

Once upon a time, there were 3 generations of women who cultivated in their gardens, their love of guava. Monique Tancongco recalls being taught by her grandmother at 10 years old on how to make her signature guava jam with the freshly picked fruits from her grandma’s garden in Tahanan Village, Paranaque. This homemade guava jam became a daily staple on their breakfast table.

Decades later, Monique navigated the globe with her local and international career in hospitality from luxury ships and hotels to setting up the gastronomic assets of mega cruise ships. As a doting daughter, she would regularly travel back to see her mother, Helen. To lift spirits and share positivity during the pandemic, Monique embarked on a baking frenzy and gifted cakes to her friends and family. This sweet experiment was the genesis for what was totally unexpected due to the high demand for orders after Monique’s cakes gained such an ardent and loyal following.

M Cakes by Monique T @moniquecakesph was born out of a heartfelt intention to spread joy and which became an accidental business. It ironically started with another fruit. The Strawberry Shortcake was her first cake, and it became extremely popular. Monique’s mother had a eureka moment in a conversation over breakfast while eating her daily dose of her home-made guava jam on toast and suggested that she should apply their family’s recipe into her next cake creation.

Visually, the cake is a true homage to the guava fruit which is a beautiful pastel green on the outside and pink on the inside topped with fresh guava slices. Featuring moist chiffon layers that envelopes the signature guava filling which is lightly sweet and luscious. The wonder fruit that has always been part of their family’s breakfast table from its juice to jam and even its leaves! The rest is “herstory” since this second creation became the ultimate signature cake and was aptly baptized after her mother and is now known as Helen’s Guava’s cake. “My mother captures the essence of this cake being simple, pure, and real. She has influenced everything that is good in my life and somehow this humble fruit which is organic to the Philippines has stayed in our lives from my childhood to now, that I am finally back home” says Monique.

Helen’s Guava Cake has been the top bestseller ever since its inception and has now evolved into M’s Guava Gelato in collaboration with Karabella Dairy Products. Imagine this luscious guava cake now in a creamy and rich guava flavoured ice cream version. What better way to celebrate Mother’s Day than with the luscious Helen’s Guava Cake by Monique of Moniquecakesph complemented by the new Guava gelato!

Be one of the first to experience this pioneering product. The first 20 orders of Helen’s Guava Cake on Mother’s Day will receive a complimentary pint (valued at Php450 each). Place your orders on the Instagram Page: moniquecakesph M Cakes by Monique T