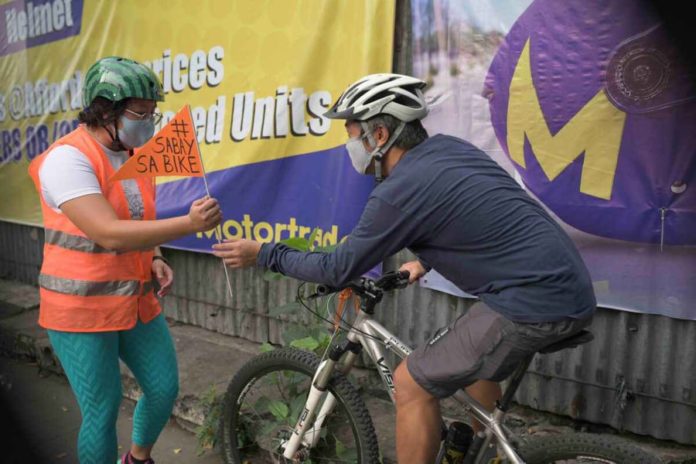 The first Mobility Awards is here! Launched last September 22 and in time with the celebration of World Car Free Day, the award is set to recognize and commend the most bike-friendly cities, workplaces, and commercial establishments in Metro Manila.

The Mobility Awards also aims to spur government to work with its citizens and the private sector to make a bikeable Metro Manila, according to the organizing groups Institute for Climate and Sustainable Cities (ICSC), MNL Moves, The Climate Reality Project Philippines (TCRP Philippines), and 350 Pilipinas.

“88 percent of households in Metro Manila don’t own cars. They should be the priority, not the 12 percent who have at least one car. Promoting cycling is not the only solution, as active mobility also requires improving walkability and public transport in our spaces, but protecting the growing number of bikers and encouraging others to bike is a real step in the right direction. Together, we can make a bikeable Metro Manila,” said urban planner and MNL Moves founder Aldrin Pelicano.

The inaugural round of the Mobility Awards will award the top three nominated cities or municipalities, workplaces, and commercial establishments in the metro, as determined by a panel of judges composed of Pelicano, ICSC associate for program development Maria Golda Hilario, TCRP PH branch manager Nazrin Camille Castro, 350 Pilipinas volunteer and 350.org Asia finance campaigner Chuck Baclagon, and Pinay Bike Commuter Community founder Jaramia Amarnani. The organizers hope to hold the award nationwide in the future.

“People in Metro Manila cycle every day. The Metropolitan Manila Development Authority counted over 100,000 cyclists traversing 6 major intersections on EDSA last June, with an average of 4,000 cyclists every day. Even MMDA officials consider the numbers are likely an underestimate, which is why a regular bike count needs to happen, in more locations,” Pelicano added.

The public can submit as many nominations as possible via the website mobilityawards.ph starting today until October 22. Winners will be awarded on October 29.

“A mobility revolution is well underway, led on foot and on two wheels by common folks. Cycling and walking have been gaining more prominence as practical and efficient transport modes since the pandemic began, yet we can still make them much safer and easier for all,” Pelicano said.

November 5, 2020
On 11 November 2020, look forward to availing special discounts on future stays and restaurant visits at the Marco Polo Ortigas Manila. For one...