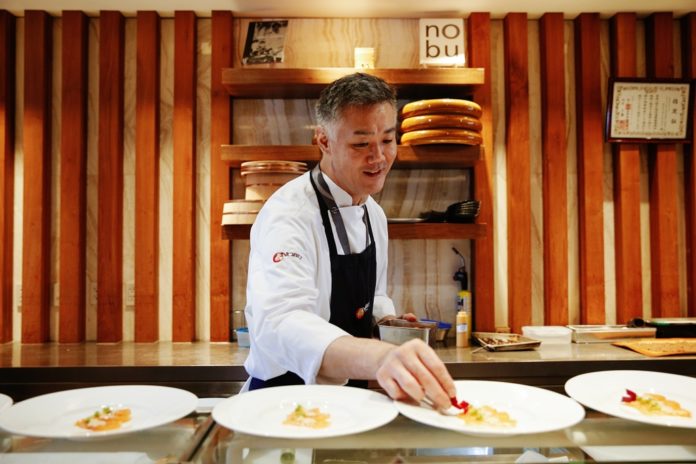 “My vision is to create Nobu dishes that you can only eat in Manila,” says the new Head Sushi Chef of Nobu Restaurant at City of Dreams Manila, Chef Keiichi Hirukawa. After being in the country for 2 months, chef Kei, as he is fondly called, came up with some pretty impressive sushi creations for the August Omakase set such as Salmon with Gata sauce and Amazu, Tuna Sisig, Empreror Adobo, Belt Fish with Chimichuri, deconstructed Yellow Tail Kare-Kare with Karashisumiso Bagoong, Grilled Umami Chicken with Tomato Salad (Inasal inspired) and Miso Cappuccino. 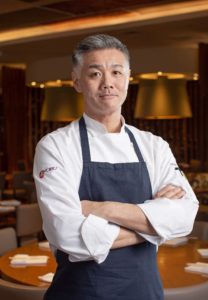 Chef Kei was born in Tokyo, Japan but raised in Florida, USA. He did start his career as a dishwasher and worked his way up to either head chef or sushi head in the restaurants he worked for. For 20 years, he gained expertise and experience in various Japanese restaurants in the US. He started his career in Nobu when he joined Nobu, Malibu, 2 years ago in 2017.

As Nobu Manila’s Head Sushi Chef, he intends to create signature dishes unique to Nobu Manila by melding Filipino ingredients and methods into iconic Nobu-style dishes — providing an exciting and distinctive dining experience catering to both the local and international palate.

Available throughout August for Php 5, 600++, the eight-course Omakase dinner menu commences with zensai, or an appetizer composed of Scallop Chimichurri with mixed herbs, ponzu and caviar; and a serving of carefully prepared assortment of sushi. 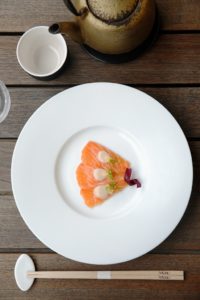 A plate of Salmon with Coconut Milk that is enhanced with flavors of pineapple, ginger, onion, leeks and amazu comes after; and is followed by Yellowtail Sashimi Salad with peanut, bagoong (shrimp paste), and mixed greens as well as a sumptuous serving of Pan-seared Chilean Seabass with Papaya Noodles with bokchoy and mixed mushrooms. 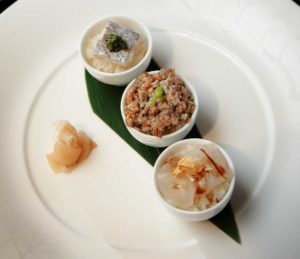 An indulgent dish of Truffle Butter-crusted Beef with Goma Demi-glace served with roasted kabocha follows; while a comforting serving of Calm Onion Dashi Soup with spinach, daikon, carrots, tosaka and pea shoots predates a sweet conclusion of the dinner with a dessert of Granny Smith Apple Cheesecake.

July 11, 2020
Local travelers enjoy special promotions on accommodations and dining Celebrating milestones take on more meaning when shared with those who matter most. On its sixth...