The New Plant-Based Burger has the Look, Taste, and Texture of Real Meat

Hoping to go meatless but don’t know how to start?

“WONDERMEAT’s plant-based burger patties and ground meat were crafted by food experts to deliver the meaty texture, chewiness and juiciness of beef. From appearance to mouthfeel and flavor, the meatless WONDERMEAT products were made to mimic real meat,” Chit Juan, spokesperson and known sustainability advocate said.

WONDERMEAT is different from the veggie burgers and other plant-based alternatives that have been around for decades. While veggie burgers have typically targeted a niche group of vegans and vegetarians, this new generation meatless meat aims to reach mainstream market.

The locally-manufactured WONDERMEAT products are made of peas, black mushroom, and beetroot. These meatless meat are all natural, 100% plant-based, and non-genetically modified. And they do not contain preservatives and monosodium glutamate (MSG). 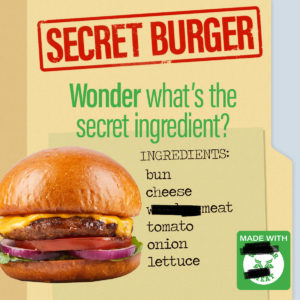 From a niche industry, plant-based diet is moving into the mainstream market amid growing awareness on climate change.

In a 2019 special report on climate change, the United Nations’ Intergovernmental Panel on Climate Change (IPCC) stated that “a shift toward a plant-based diet” can significantly help reduce greenhouse gases from the agriculture sector.

“About 21-37% of total greenhouse gas (GHG) emissions are attributable to the food system,” which includes agriculture and land use, storage, transport, packaging, processing, and consumption,” according to the UN report.

A 2019 meta-analysis published in the JAMA Internal Medicine, which involved 300,000 participants in nine observational studies, showed that those following plant-based diets, had a 23% lower risk of developing type 2 diabetes.

Juan said, “Whether it is for one’s health or the environment, plant-based meat is a good alternative to conventional meat. By mixing the familiar with the new, we hope to spark lifestyle change among Filipinos, one meatless meat at a time.”

Share the sparkle of love with Welch’s Sparkling Juices

Love, Your Way, with Discovery Suites

What is inside SIMPOL the CookBook?

Celebrate Mother’s Day together with Welch’s

May 5, 2021
Nowadays, there’s no doubt how easy it is to spot what the pandemic has taken away from us. In a world that has changed...

Premium Irish Pork and Beef from Europe showcased in Masterclass with...

Echostore and Naturland Advocates Sustainability in the Philippines